Pastor Ioan begins his work among us September 1st! Thank you, for continuing to keep him and his family in your prayers! In the meantime, you many want to post the following information on your refrigerator!
If you or your family have any pastoral care emergency needs arise requiring pastoral support, local Winterset pastors have happily stepped up to show care & collegial support, for which we are grateful!
Emergency Pastor Care Needs
August 18-24  – Pastor Mark Morehouse (First United Methodist Church of Winterset) 660-373-0950
August 25-31 – Pastors Kevin & Sue Blader (First Christian Church of  Winterset) 515-468-1941

In the meantime, you can count on two special worship services and messages coming to you in our regular Sunday morning EPISTLE emails:
Sunday, August 23
Pastor Paul Ostrem will be our guest preacher, bringing us a message from Matthew 16 on Peter’s confession and Jesus’ words to Peter, “on this rock I will build my church.” The title of his sermon will be: “Off to a Rocky Start” 🙂
Pastor Paul Ostrem has served as an assistant to Bishop Michael Burk for twelve years, previously serving congregations in Hanlontown, Preston and Muscatine, all in Iowa. He graduated from Waldorf College, Augustana College (now University), and Luther Seminary. In the coming months he plans to retire in Iowa City where he and Carol, his wife of 33 years, are avid Iowa Hawkeye men’s and women’s basketball fans. They are parents  of two sons, David and Phillip.
The music for our August 23rd worship will be provided by Alan, Julie and Mara Feirer.
Sunday, August 30
Pastor Dirk Stadtlander will be our guest preacher, bringing us a message from Romans 12 and Matthew 16, entitled: “LOVE: A Life Sentence.”
Pastor Stadtlander is pastor of our Southeastern Iowa Synod’s FreeIndeed Prison Congregation at the Anamosta State Penitentiary. He was born in Iowa, baptized at Christ the King, Iowa City and affirmed faith at Zion, Iowa City. After high school, he studied at Luther College and Wartburg Theological Seminary (including a year of internship in Sacramento, California). Pastor Stadtlander and his family served as ELCA Missionaries in the country of  Senegal (West Africa) for eight years before returning to the United States. After serving as pastor in southern Colorado (where he met Pastor Mortenson!) and working as an Interfaith Staff Chaplain at the University of Iowa Hospitals and Clinics, Pastor Stadtlander was recently called as pastor to FreeIneed Prison Congregaton at the Anamosa State Pentitentary. He’s married to a high school science teacher and they have two daughters…their entire family is learning what learning is like in the midst of “Pandemic Life.”

Thank you! “Heartfelt thanks” have been received from Pastor Brian and Sheri Mortenson following their time with us throughout this last year of intentional interim transition work. Those of you who were able to view Pastor Brian’s farewell sermon (Sunday, August 16th – video is available on our website) received this word of appreciation as well. But they wanted to add a special note of appreciation for those who were able to come by personally for Sunday afternooon’s drive-through reception time, and give all a heary thanks for a great transition partnership!

Sign up here to receive our weekly announcements by email. If you have already signed up but have not been receiving emails, please let us know!

To add a message to the announcements, contact our office at 515-462-4270 or Office@stpaullutheranchurch.net 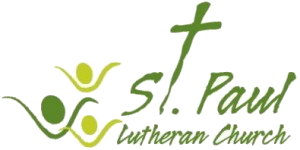